When it comes to the December birthstone one assumes it would represent Christmas with greens, golds, or red tinges right? Wrong, in the month of December we are simply spoiled for choice with 2 gorgeous intense blueish gemstones. Namely Tanzanite and Blue Zircon, the perfect excuse to have an icy, winter wonderland themed festive season.

If icy blue is what you and your customers are looking for, both December birthstones have their own unique take on this favourite hue. Sagittarius is a sign of the zodiac that represents people born between November 23rd and December 21st. Sagittarius’s personality is loyal, sophisticated, independent, and kind, they are said to be unique and artistic. With sophistication being an attribute of the Sagittarius it makes sense that the Tanzanite is among the most adored and sophisticated blue colour stones on the market. The young tanzanite was one of the most exciting gem discoveries of the 20th century. Shiny blue stones emerging from Tanzania were identified as the mineral zoisite not long ago in 1962! Most describe tanzanite as a velvety stone due to its blue hue and appeal, even Tiffany & Co believed that tanzanite had international appeal and became its main distributor!  Tanzanite is believed to be the stone of transformation, promoting self-control, and enhancing inner strength.

Tanzanite Gemstone Gift Box Closure
Take a page from Tiffany & Co’s book and introduce this gemstone in a way that your consumers have never seen before, adorning one of our luxury gift boxes in the form of aTanzanite Gemstone Gift Box Closure, pre-threaded with blue elastic cord loop. If tanzanite has piqued your interest may we suggest to peruse the Blue Zircon and all its glory. The origins of the stone itself was found in Sri-Lanka in 1798 and later in Australia in 1934. The origin of the word “zircon” has encouraged colourful debate. Some tend to believe it comes from the Arabic wordzarkun, meaning “cinnabar” or “vermilion”, others think the source is the Persian wordzargun, or “gold coloured.” Considering the wide colour palette for this December birthstone either theory seems entirely possible.

During the Middle Ages, this December birthstone was thought to throw one into a deep sleep and scare off evil spirits, clear the mind and offer relaxation. The Blue Zircon was particularly favoured in the victorian era for its rich colour and romantic hue.

If your retail packaging is lacking in some relaxation and clear-mindedness we suggest our Blue Zircon Gemstone Gift Box Closure which pairs perfectly with our White, Silver, Black, Navy, Pewter, Copper, Rose Gold and Bronze slot gift boxes.

And with that, we welcome the 12th and final month of the year 2020, I think we can all join in a large sigh of relief together. From gemstones that stole the early 20th century to ward off evil spirits and inciting calm and self-control to romantic hues that captured the Victorians' hearts, December certainly has not let us down when it comes to being spoilt for choice. Why not make icy blue your December theme and say goodbye to the done before greens and reds. Make this December one to remember and tag us on social media so we can see how you incorporated the December birthstones in your personalised packaging. 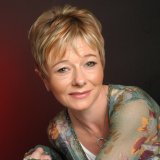